Finding the freedom to be….

Often we come to know about something not by its presence, by experiencing and knowing what it is, but by its absence, our lack, our not knowing.

And so it is for freedom, much discussed by philosophers and politicians, enshrined in the Abrahamic understanding of ‘free will’ — a specific quality given to and within human beings.

As I write, most of us are still feeling the lack of freedom because of covid 19, trapped in homes — if we have them — with people who may be abusive or very difficult. Or we may be alone, isolated, like prisoners.  We may be living in ‘care’ homes or other institutions for people judged too difficult to be with in ordinary society.  And then there are the vast number of people kept in jails. Or enslaved – slavery still exists.

In those places without freedom a deep visceral, muscular constriction sets in.

And out of those depths and the most extreme part of the shutting away of humans, the most extreme denial of human free will, of their humanity – their annihilation – comes the great cry for justice, for freedom.  The great cry of justice, for racial justice, ringing out in America following yet another murder of an African American man by police, denied the very breath of life.

A cry that has rippled out to the places and peoples where this tragic story started many years ago…in Europe and here in Britain. And statues of white patriarchs have been toppled, are being destroyed – symbols of the cracking open of the walls of the past, and their destruction.

Its lack is constriction, constraint, obligations, duties, laws, the lack of the most basic things of life – clean air and water, good food, homes, health care and education.
Its absence is experiencing, being repeatedly exposed to hatred, rejection, exclusion, cruelty, control, dominance over us, subjugation, and powerlessness. Damaging our very souls, our connection to the source of Life, to the divine.

Whilst for others who have more resources, even power, they too are constrained by Liberty’s absence – choice does not always feel like freedom, there is a need to care, organise and deal with abundance, the excess, to play a role and follow rules.  As Barack Obama came to realise while in power, even the President of the United States does not have the freedom to do as he wishes.

Human society has multiple ways of keeping us tied up in knots.  Electronic media being the latest one.  There are the ancient hidden and silent whisperings of social disapproval and shaming, hidden ways to keep us in line, not to get above our station as this was, and still is, known in Britain.

The have and have nots are often united in this lack of freedom in addictions to all sorts of things – being tied to that which is outside of us to keep us going, to keep away the unbearable pain, the lack….

And there is the pointer – those things outside of us don’t ultimately satisfy, they often just tie us up even further.

Whilst so often people who have been imprisoned, who have been persecuted, tortured, enslaved – even ultimately killed – have so much to teach us about freedom.

It rises up from within.  From the heart, from the soul.  Freedom, free will is the very essence, the very spirit of humanity.

Nelson Mandela, was put in a jail for almost twenty years.  He says he made it because he would not allow the guards to imprison his dreams and aspiration.  He had a strength inside him.

He had a dream, he saw it was his country that was in prison, not himself.
Something in him was always free. And with that freedom he helped to free his people.

He saw that he would not achieve that by doing wrong, by being bitter or hating his jailers and the white people and rulers.  He found another way….

Thicht Nhat Hanh, the Vietnamese Zen Buddhist master, was exiled from his homeland in the 1960s because of his peace work and refusal to take sides in the wars which threatened both his own life and that of his people.

He went to America, the superpower which was warring with Vietnam, and joined with that other great freedom fighter and spiritual teacher – Martin Luther King.

Thicht Naht Hanh says freedom is within. By having compassion for ourselves, we let go of the outside, shutting out all the clamour and social media, warming the heart, we watch and enjoy the breath breathing us. Slowing down, being present.  If only for a few moments in deep dark night.

We come Home.  We are free.

In my early 40’s I was ill for a long time and almost died.  I had many powerful images and visions then.  You might say it was an awakening.  I had both been experiencing and studying race, racism and how to go beyond it for a long, long time.

These visions included the dying moments of being a woman who was killed in a concentration camp, and the freedom of death.

But the teaching deepened as I experienced being a bi-racial native American woman who had been hung and was being jeered by a crowd of  ‘white’ people.  There was such forgiveness, freedom and love in her in those moments of and past death.  It was the people who murdered her who were trapped, imprisoned by their fears, hatreds and ignorance.  Their annihilation of yet another indigenous American would not heal their pain, their lack. She was free. 1)

But do we have to physically die to achieve that blessed release?

Rev. Dr Martin Luther King urges us in his great call for black emancipation and human freedom, ’I have a dream’ speech:

“Continue to work with the faith that unearned suffering is redemptive’, to ’not despair’. Which is surely the lesson, horrific as those trials are.  Freedom and love are all.

Still we scream out in pain. When will justice and freedom come?

Still again he urges us:
“We must forever conduct our struggle on the high plane of dignity and discipline.”

Still we cry out — how in these terrible circumstances?

And yet strangely in that place of the inner freedom of the breath, dignity raises its head high.

As though the breath inside us is bringing with its incoming a strength and power to lift up and expand, not just the outer chest, the lungs and the heart, but also to expand, to give more space to the breath of life and of our inner hearts, our true Selves, within.

Then for a breath’s moment we are, there is, being, free as the breath is and bringing with it hope out of despair, and love breathing freedom.

1(Knowing arises in many sometimes puzzling ways such as intuitions, sudden knowings coming from where?  And there is knowing arising in the body as sensations, as feelings, as sounds, as smells, as visions and dreams.)

Martin Luther King I have a dream speech, March on Washington 1963 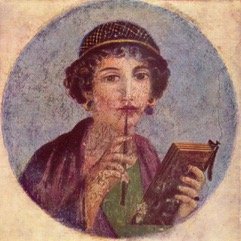